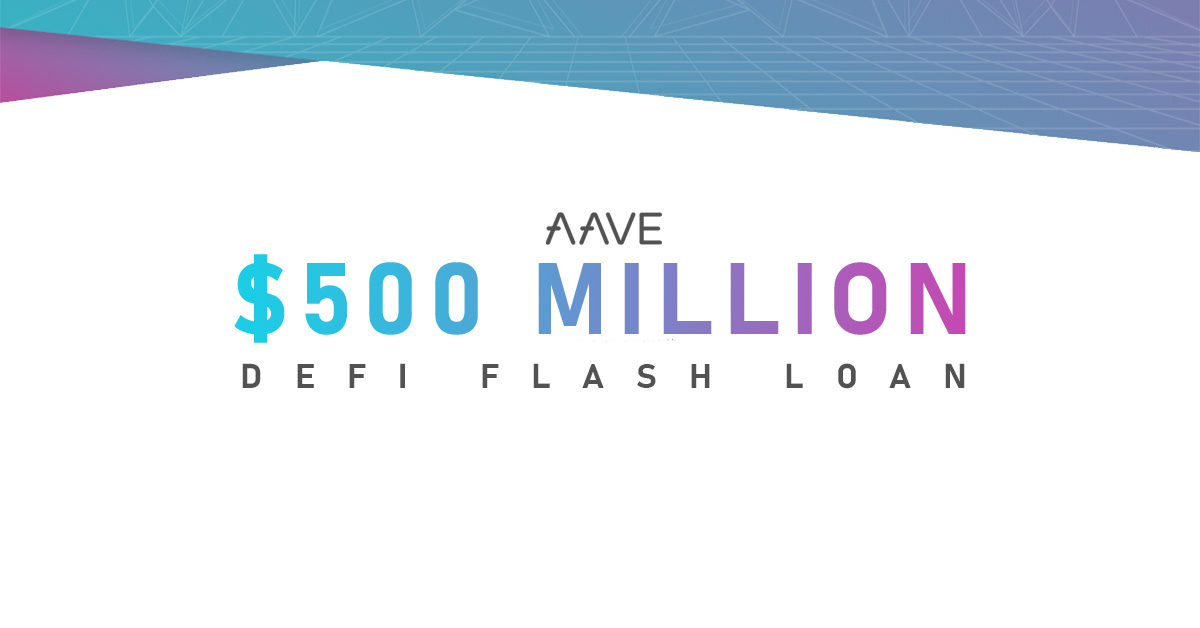 Aave, a DeFI loan protocol, has done substantial business by disbursing flash loans worth 500 Million USD in a short span of 9 months. For the unaware, the Flash loans are a new DeFi invention that facilitates short term loans to users to do substantially large sized transactions by charging a minimal amount of fees.

Aave has given out around 498 Million USD loans since January 2020, enabling the users to access high-value capital by charging small fees. The loan is given for a few seconds, within which the loan takers can carry out massive transactions and gain profit as per their acumen.

Aave has given half-billion dollars in flash loans in which users can do huge transactions without the need to provide any collateral. As per the data issued by an Aave Analytics data company Aavewatch the company has increased its dollar reserve by more than 55 percent during Sep 2020 by providing 498 million in flash loans. The users can use the flash loans to access the various assets pooled in by the Aave Smart contracts on a micro term basis. The company is charging a minimal fee for the same. However, the company’s substantial business in a short period showcases users’ increasing interest in the flash loans.

Decentralized Financial systems are governed by automated protocols which work on blockchainon the blockchain technology. Users can procure loans within the system without any external party governance, and the financial activities are done within the system, decreasing overall transaction costs and third-party dependenciese. The system uses smart contracts which govern and operate the user requests and create avenues for newer financial practices.

Flash loans create an unprecedented impact on the DeFi ecosystem, which showcases that the traders would innovate newer ways to use the new concept. Even though flash loans are gaining popularity amongst crypto users, the bad actors may also use the same to exploit several new projects with their hacking prowess.