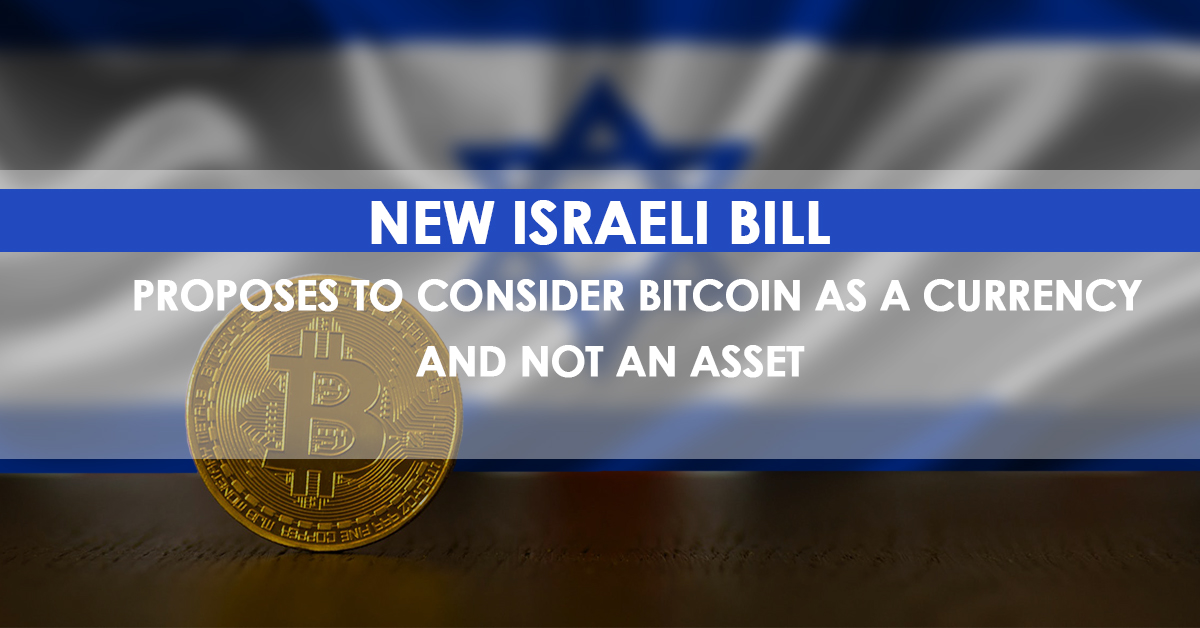 An Israel political party submitted a bill to the government legislative branch Knesset Recommending several changes to the Bitcoin taxation. The newly proposed bill calls out for amendment in the existing Bitcoin considerations wherein the cryptocurrency is viewed as an asset. The bill is submitted to the Israel government Knesset to consider Bitcoin as a currency and not an asset that subjects the sales to 25 percent tax.

Yisrael Beiteinu Party representatives submitted the new bill this Tuesday. They asked to change the country’s cryptocurrency-related rules by amending the Income-tax Ordnance and viewing Bitcoin as currency and not an asset for taxation purposes.

The bill said, “The regulatory reality in Israel is not adapted to the existing reality in the field,” Virtual assets will continue to be a growth engine that allows the Israeli high-tech industry to flourish and develop.”

If the bill were to become law, Israeli regulators could tax cryptocurrencies at a lesser rate than the current 25% for capital gains https://t.co/3pUMYwPyns

Knesset members  Yevgeny Soba, Alex Kushnir, MK Oded Forer, and Yulia Malinovsky proposed that the government body change the current tax law so that digital currencies like Bitcoin (BTC) are not considered under capital gains taxes. Right now, cryptocurrencies are identified as assets in Israel, which outlines the sales and conversion of cryptocurrencies at a capital gains tax of 25 percent. Due to this, the only short term lenders get a taxation relief on the capital gain.

“It is possible to promote digital payment options due to the social distance that has been forced on us,”  MK Forer said.  He added, “When the economic future is unclear, we need to give growth engines a boost.”

The party representatives adjudicated that virtual assets’ treatment should be reevaluated as the cryptocurrencies are a considerably new concept; however, the Income-tax Ordinance is still old school and needs amendment to cater to deal with new technology like digital assets.

The four representatives pressed on the idea of Israel becoming one of the virtual currency field leaders. It is highly substantial in times of economic unrest and uncertainty in the future.