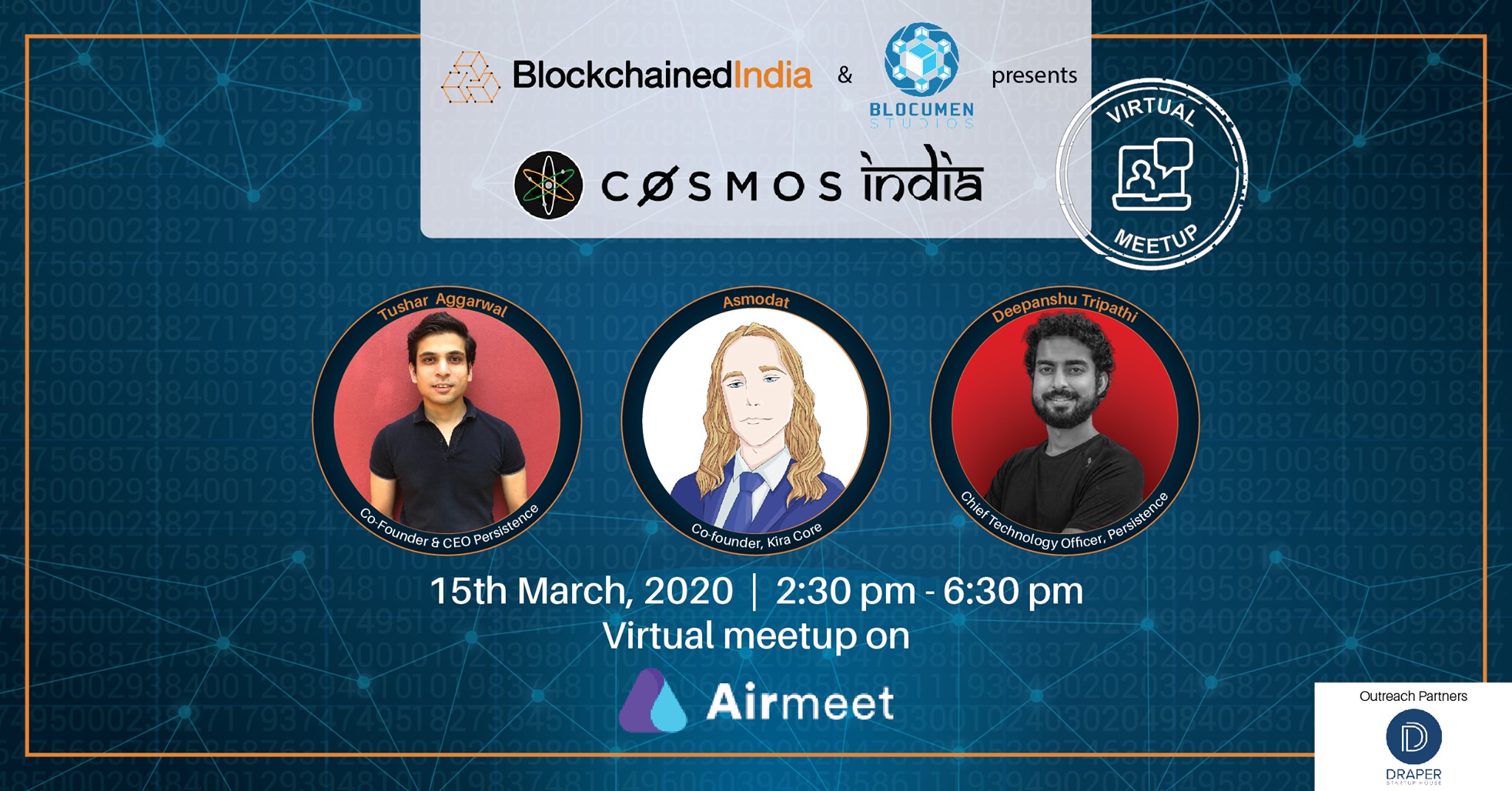 Blockchained India is a result of an avid need to learn and satisfy curiosity towards the impact of Blockchain technology for a progressing country like India. Blockchain in India is still in its infancy and for it to take-off will require some more research, an in-depth understanding and a higher level of acceptance. Blockchained India is a non-profit community that is the biggest pan-India contributor towards enhancing knowledge and resources about blockchain.

The community has been working incessantly towards building a robust community of people who look forward to learning and networking with the industry biggies. The world now is inching towards an application-based approach to blockchain with primary focus on Dapps. Blockchained is looking at ensuring prosperity due to blockchain translates to mass scale impact for people. It has organized a blockchain week, Dapp fests to roadshows for people to become aware of it and express their standpoint on crypto.

When cryptocurrency was supposedly banned, the community had garnered all its clout and lifted the heavy load to get industry bigwigs and advocates to raise their voice against the unfair ban.

It has over hundreds of meetups and put across a strong collaboration for the ecosystem to shine bright. It has already set up town halls in crucial cities like Mumbai, Pune and cities from the south where they were able to have a 2k plus gathering extending their solidarity against the ban. Akshay Aggarwal, who leads initiatives at the organisation said “we are creating a coherent digital presence for the community for almost a year now since it’s becoming difficult to cater to such a scale and align everyone towards a common vision. This is a precursor to decentralising the community a step further from an already existing decentralised culture”. He sees tremendous value in incentivizing people to learn together and share insights with fellow members towards fostering innovation. According to him, “An open, fair and decentralised human network is the best way to ensure collective consciousness.”

To keep the momentum going, it decided to conduct its first virtual meetup on March 15th. It was a move to convert from an earlier physical meetup as an essential preventive measure against COVID-19. The forum presents an opportunity for everyone to interact and learn from each other online while everyone is choosing isolation in the form of work from home.  There was a prolonged discussion about Cosmos which is an ecosystem of different blockchains that can interoperate with each other. With the help of Cosmos, the volunteers could also manage to interact with the industry leaders who talked about the latest trends.

The entire panel discussed on the Future of Indian economy with Blockchain and Crypto as an empowering session that had some of the best panelists like Sunil Aggrawal, Tanvi Ratna who is the CEO of Policy 4.0, Leka Satish who is the Associate Director of KPMG India, Ishan Garg who heads BD at Okex India with the Co-founder of Cosmos India, Abhijeet Singh and a lot of prestigious names added to the list.

The virtual meet up was a shining attribute of how passionate this drive is to ensure Blockchain and various projects solving different problems  using blockchain and crypto are more acceptable and known in this country. If you are looking at being a part of the Indian blockchain ecosystem, here is an organisation you cannot miss to collaborate with.