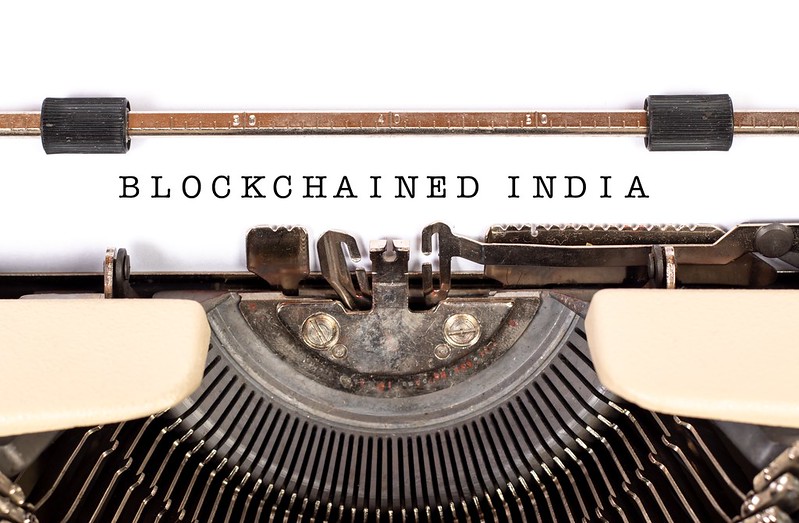 Cryptocurrency in India has always been looked upon as a feared investment arena because of the risk it has. RBI had set out on a mission to ban all banks from proceeding towards any dealings concerning Cryptocurrency. But on Wednesday when the landmark judgment of the supreme court came in, the bans were lifted and restrictions with respect to dealing with virtual currencies were eased.

Cryptocurrency in India can now get a facelift. Looking at the world markets it is now necessary to give a boost to this digital currency which is already doing well in markets worldwide. The rise of Bitcoin as a market leader is the biggest proof that controversies had little or no impact on Bitcoin and the cryptocurrency market in general.

Blockchained India began 3 years ago and it began with the need to build the blockchain infrastructure in India. The chief idea behind it was to unify backend developers on common grounds and give them the required means to build infrastructure for distributed ledger technology. They wanted people to view Blockchain technology beyond what Bitcoin is. The increasing importance of public blockchain and the popularity of private blockchain spearheaded their efforts in 2018. In fact, at the beginning of 2018, the blockchain community members demanded better support when it came to the public blockchain. Hence came the need to learn the concept of tokenized networks

Blockchained India has been working consistently towards building a flourishing community full of people who want to network, grow and connect with the bigwigs of the industry. The world blockchain industry is growing at a fast rate, but India is still in its learning phase. The world is slowly moving to the application-based approach blockchain with a major focus on Dapps, the Indian community must learn from the already available information. Blockchained wants to ensure that the growing interest in Blockchain should be cashed on in and that people should endeavor to innovate, invest and benefit from it. Blockchained India is doing everything from organizing app fest to conducting roadshows only to provide a platform to people to express their standpoints on the crypto.

When the ban was announced Blockchained India gathered together a community of powerful cryptocurrency advocates to voice against the supposed ban on it. It also was looking forward to appealing to the government on the issue and highlighted how the ban will endanger the bright chances of the market establishing its foothold in India.

Blockchained India arranged meetups and collaborated every effort in the book to build a strong forum against the ban. It had set up meets in the most important cities like Mumbai, Pune, Delhi and important cities of the south where more than 2000 attendees gathered to express their discontent. The major motive behind the meetups is to gather the views of the crypto community on the ban.

In 2017 the finance ministry of India had established a government panel to look into the scope of cryptocurrency, in which the panel advised for a ban. Blockchained India’s top management believes that by banning cryptocurrency the government only will be hampering innovation and outrightly deny the digital revolution. Blockchained efforts to bring together the voices of the blockchain industry and the crypto community have been a great force in the reversal of the ban after the Supreme Court revealed its stance by ruling against the ban.

The ban resulted in several crypto bases being affected in India. But, with some respite from the end of the biggest legal framework in the country, Crytpo markets are all set to rise again in fame.

Akshay Aggarwal, one of the co founders of Blockchained India in an exclusive chat with the Inside Crypto Today team had an interesting take after the Supreme Court uplifting of the ban on Cryptocurrency.

It changes so much, everything but the belief that crypto is the necessary technology for societal evolution. About changes in my opinion, so many things are going to be positive with this development.

First and foremost the sentiment which is the basis to it all. Innovators can’t make a dent being so vulnerable because of negativity in the environment.

What’s much needed at this point in time is support and backing of investors that invest in the future. This news will absolutely give them confidence.

Lastly, Companies and Technologies are built by talented individuals. The ban was something that blocked such an amazing talent pool to even consider looking into this direction. Now that the court has shamed the act as unconstitutional, talent will flow into the direction of crypto.