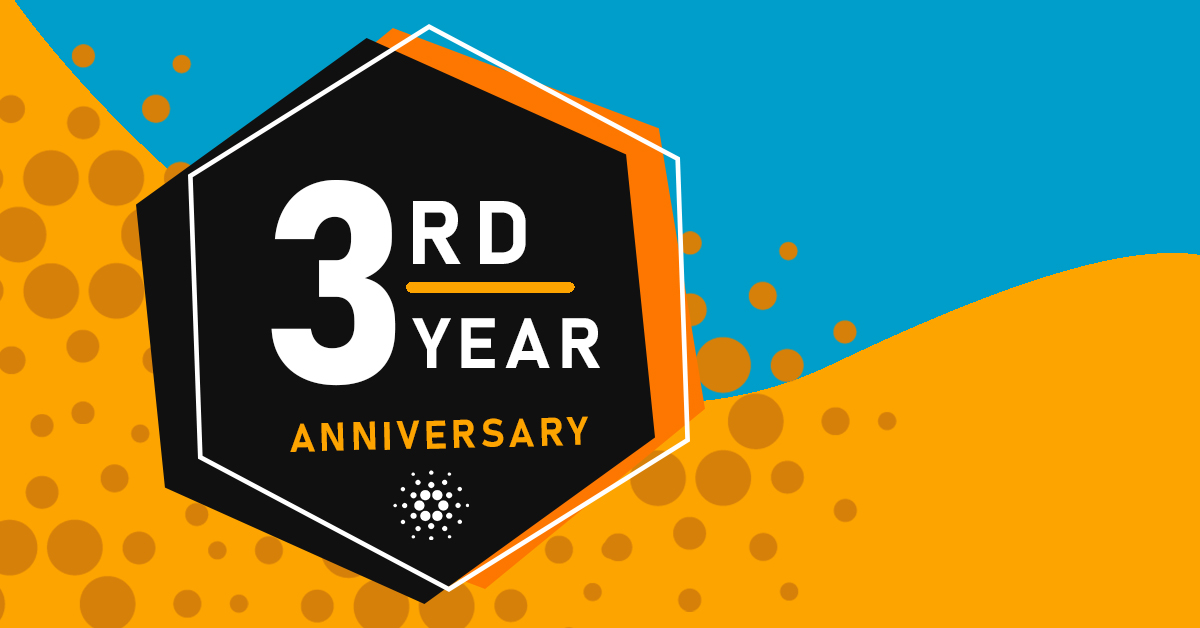 Cardano network marks its third anniversary amid its unstoppable growth spree as it moves towards becoming one of the most powerful blockchain platforms. Around three months ago, the platform successfully debuted the Shelly network, a highly promising decentralized ecosystem.

The CEO of the Company, Charles Hoskinson, expressed the same on his YouTube channel sharing that Shelly Platform has fueled the Cardano community’s growth. The enhancements in the Daedalus platform, the Launching of Catalyst, and the next phases of Goguen add to Cardano’s success strengthening its stake in the crypto markets.

He also talked about the substantial increase in the Cardano community’s size, saying it has almost grown four times. There is also a seven times increase in the number of transactions done daily as of now compared to the second year. The platform’s success and prudence can be attributed to the fact that a considerable amount of time was spent in its development phase. That ensured that the platform is highly secure, scalable, and provides the much-needed development accountability. Charles Hopkins said that when the project was launched in September 2017, it took the world by surprise

He cited, “I remember how hard it was to get it out…and it was really incredible.”.

ADA price increased in July and August to approximately 0.11 USD. As per ADApools.org, nearly 57 thousand delegators earned over 16 billion ADA in 1169 stake pools.

Charles Hoskinson also shared that Cardano is right ‘OnTrack’ with the Goguen phase after the successful launch of Catalyst that created an avenue for the crypto community to share ideas and get funds for building DApps on Cardano. Right now, the Cardano users can trade ADA across 30 plus exchanges and assign various pools to get rewards and earn interest by submitting ADA on multiple platforms that support the token.

Hoskinson further exclaimed that the Cardano platform is better and bigger than Ethereum. It offers a better platform to the users and caters to scalability and transaction cost issues. The founder promised that Cardano would host thousands of smart contracts and native assets by next year, establishing it as essentially the most preferred ecosystem.