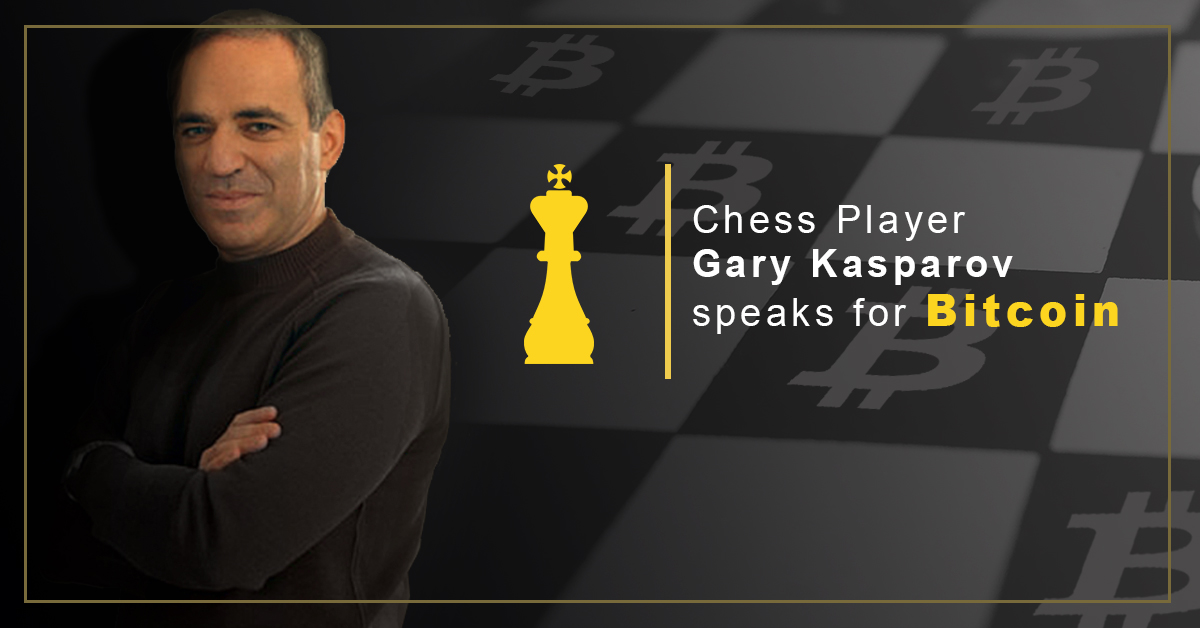 If you thought that Cryptocurrency is only for the crypto hardliners, then think again!  People from all walks of life are now understanding how cryptocurrencies have started impacting lives.

Gary Kasparov, the world’s most popular Chessmaster has now claimed his support for BTC to fight human rights violations. He is of the firm belief that for those who need their guarded privacy in financial markets, then it is time to shift towards crypto and blockchain technologies. According to Gary, we as individuals give intermediaries the prerogative to control our money but the beauty of Bitcoin lies in its transparency.

Everyone who is into Bitcoins or for that matter any currency knows what is happening because they have control over it.  Kasparov also is a chair of the Human Rights Foundation that believes in the use of digital innovation and technology for those whose liberty is compromised. Cryptocurrencies according to him is the only natural choice for a safeguard against privacy infringements and human rights. The very premise of putting your bet on cryptocurrencies is the transfer of power from the center to the individual whose right it actually is.

The game of Chess is at its nascent stage of adopting blockchain but Algorand, a PoS platform has promoted its use in chess by recording a match on Blockchain in the month of June.

Among the popular personalities, Ashton Kutcher, the scintillating Hollywood actor is not just a Bitcoin zealot but has also co-founded A-Grade investments that funded the BitPay. He has been a long-standing fan of blockchain technology since 2014.

Akon, the Grammy awardee dreams of making a town where his crypto named “Akoin” will be used to conduct transactions. He also attends many summits on a regular scale to discuss about his dream crypto city

Several other crypto enthusiasts like Snoop Dogg, Paris Hilton, and Lionell Messi are placing their bet on crypto taking over the financial controllers globally and continue to support its uses and benefits.