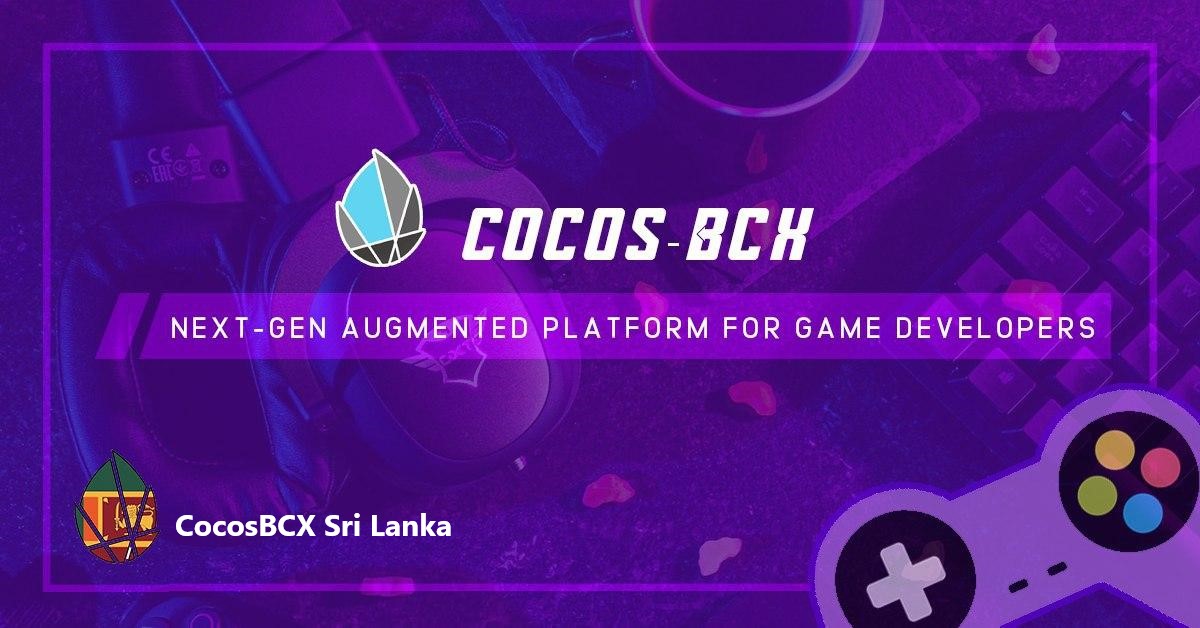 Many countries have been making some huge contributions to a gaming market on a global scale, they did not just meet the increasing demand for interactive games but also its potential business and economic use.

Gaming developers like Juego Studios and GoodWorkLabs had their huge attention from gamers all around the globe. This company has been generating and creating rich interactive platforms into a gaming economy without the effort to get technical. Technically speaking, blockchain has a huge role to play in this successful gaming revolution. Blockchain positively invades the gaming world to create a whole new gaming experience to its users.

One of the “out-of-this-world gaming experience” providers is Cocox-BCX.

Cocos-BCX, also known as the next generation of the digital game economies, is the newly-engaged public blockchain platform that aims to create and produce an integrated multi-platform run-time environment for games. Not just providing users a whole new gaming experience, but also the freedom to manage and control their assets completely. Building high-performance gaming applications while providing a next-generation digital game economy is one of the great foundations of a successful gaming company.

Cocos-BCX, although a new player on the blockchain, has its strength in gaming technology. What makes this rising company special from others was its unique ecosystem.

Cocos-BCX’s main objective is to transfer the traditional game formats into blockchain without the effort of getting technical. Non-fungible tokens (NFT) are used by the developers provided by Cocos-BCX to create a game economy framework applicable to exchanges and banks. It is also a huge help in asset exchange because it provides multi-chain compatible asset standards connected to various cross-domain gateways. For that reason, users can access, use, and manage their virtual assets without any hesitation.

Cocos-BCX had its own key elements and like a full-stack solution for the development of games and economics on the blockchain, Equal schedule block technology for extended consistency and fairways are also provided by DPOs or Proof of Stake consensus, and the creation of NHAS – 1808 that contains the primary token standard for non-fungible digital assets.

On August 11, Cocox-BCX held a successful AMA hosted by Binance Sri Lanka that has now thousands of members according to a tweet.

Together with Alvin, Cocox-BCX’s Global Communities Contributor answered several questions from the community.

Alvin was in blockchain investment for seven years and also the partner of the global blockchain project rating platform ONE.TOP. He also mentioned continuous work on technologies docking with exchanges and wallets. The cocox-BCX team announced the MainNet Node policy and MainNet Builders & Angels policy and announced 48 MainNet ecosystem Builders & Angels, with 3 batches in total.

After its release, several applications were received worldwide, and together, they

regularly investigate and review the applicants’ quality in various aspects such as company reputation, social media status, and community activity. He also talked about the Cocox-BCX MainNet Node Election Voting held on May 11 through community voting for 11 active BPs and 11 active councils. He also mentioned DApps Developments with blockchain games and the increased circulation of the COCOS market.

“At present, blockchain games are mainly gambling ones.” He answered as he asked about the relationship of blockchain and game. “The early Apple game Slot was the biggest category, and although it has become a niche, it is still very profitable.” He added. “With the underlying blockchain, the value of props, characters, and even accounts will continue to rise with the potential to be traded, preserved, and value-added.”

The mainstream game market is embracing the concept of blockchain. It is true that blockchain games are gambling games, but applying the blockchain technology to games will be a trend in the future. However, it is not the best option in the short term because open-world games are extremely difficult to develop.

Cocos-BCX promised, “to continue to strengthen the construction of global community ecology to attract more active community members and supporters.” And hoping for global cooperation with large-scale Internet platforms.