You are here
Home > Cryptocurrency > COMP tokens: A new wave in the DeFi industry 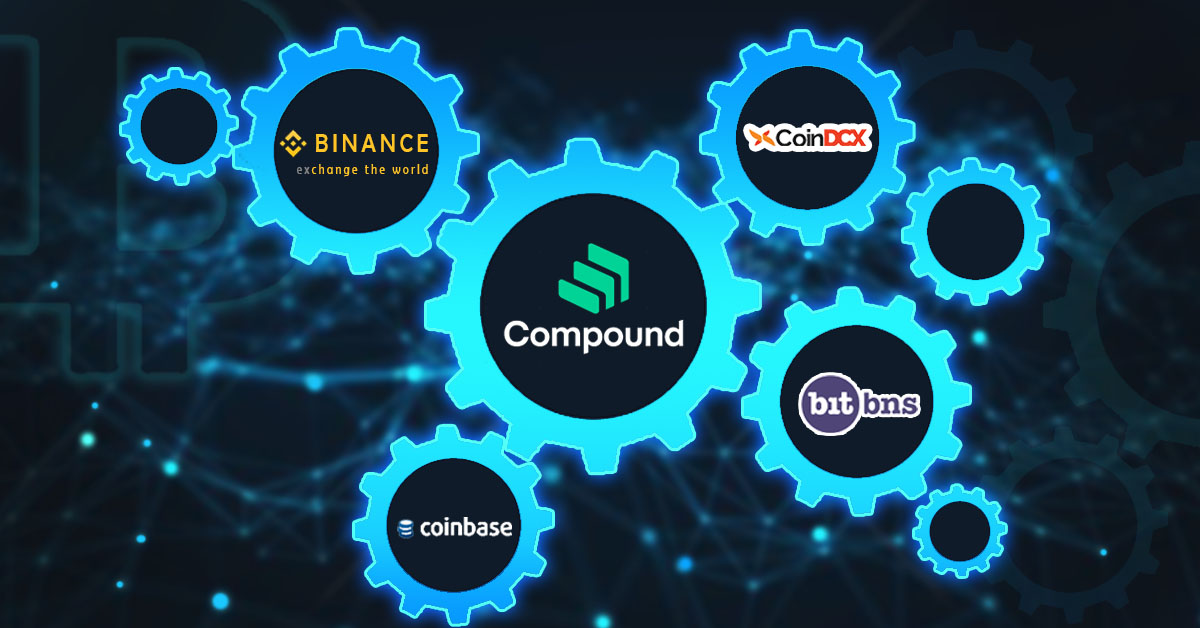 Compound(COMP) is an Ethereum token that empowers community governance of the Compound Protocol. The protocol lets the user supply or borrow Ethereum tokens with the help of a decentralized market. Interest can be earned on the Crypto by the suppliers on the amount of crypto they provide to the protocol while the borrowers pay interest to borrow it. The compound is an autonomously derived interest-rate protocol stationed on the Ethereum blockchain. It has grown from power to power to become one of the key foundations of the DeFi industry. As on June 25th, 2020 it has become one of the world’s largest DeFi protocols with more than $500 million worth of digital crypto assets locked and more than $900 million in supply.

By placing COMP directly into the hands of users and applications a huge ecosystem will be able to elevate the protocol and will also be incentivized to manage the protocol with better governance.

Every day close to 2,880 COMP tokens will be distributed to the users of the protocol directly in relation to the interest accrued in the market. Within each market, 50% of the distribution is earned by borrowers and 50% earned by suppliers.

Every time the user interacts with a compound market either by supplying or borrowing, COMP will be transferred into the user wallet if the user has accrued at least .001 COMP at any time. If the user wants to view the lifetime accrued COMP they can search the Compound Governance Explorer profile pages.

COMP prices have witnessed a huge run-up after distribution to liquidity providers took place on the platform. The rise was close to 500% in the first few days of trading. But since Monday, as sentiments normalized, the price of COMP dropped by about 35% valuing at $215 per coin

Coinbase announced on June 25th, the grand entry of Compound’s COMP token in its repertoire across all its platforms. This will enable crypto users to now buy, transfer, and store COMP with other cryptocurrencies like Bitcoin. For Coinbase the excitement surrounding COMP started in early June when the token was added to Coinbase Pro. It also is touted as an early investor in Compound through its VC branch, Coinbase Ventures.

On the same day, Binance also announced that it will list COMP and will open trading for COMP/BTC, COMP/BNB, COMP/BUSD, and COMP/USDT trading pairs. Users also can start depositing COMP in their preparation for trading. The listing of pairings came one hour before they went live, taking the token’s price up by 24.5% from $210 to $260.

Following the footsteps of one of its chief investors Coinbase, the India cryptocurrency exchange CoinDCX also listed Compound in a move to increase its user-base and to take advantage of the COMP token’s latest run. Presently it has begun trading for COMP/BTC, COMP/BNB, COMP/USDT very much on the lines of Binance.

BitBNS, another new-age crypto exchange that believes in an open and transparent interface with the users. Apart from being responsive, the platform also posits some interesting token pairs and dealings with niche altcoins with true benefits. Unlike its contemporaries, it currently features COMP/INR as the only trading pair.

COMP tokens have amassed major attention surrounding its release. Based on the initial response, the DeFi community sure has received the much-needed boost by attracting new users to the chain. It also has ushered in the practice of a concept called ‘Yield farming’ wherein the users can take advantage of a combination of digital assets, stable coins, and lending protocol to generate annualized returns.

Related Article  The Top Upcoming NFT Events to rev up 2022!