You are here
Home > News > Emmanuel Adams, the most sought after BlockChain Consultant in Africa, Becomes CEO of PLAAS Farmers Chain 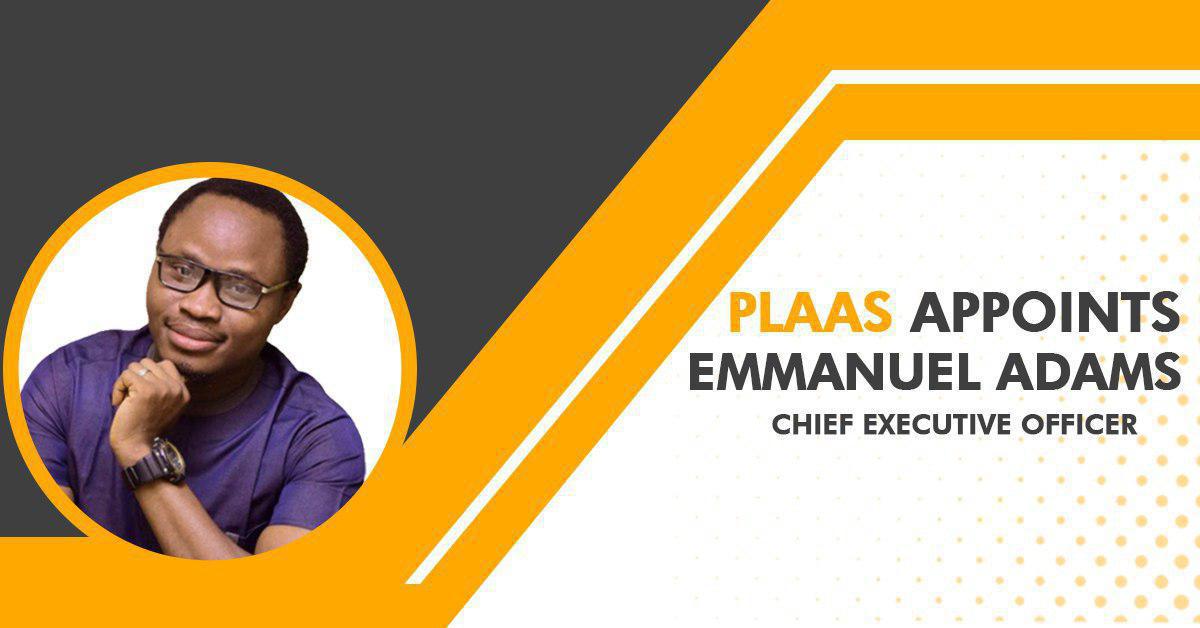 PLAAS Farmers’ Chain, a leading agricultural tech blockchain company based in Africa, announced appointing Emmanuel Adams as the new Chief Executive Officer effective September 2020.  Emmanuel Adams succeeds the founder and the current CEO Alakanani Itireleng as she relinquishes her present role to continue focusing on Bitcoin development in the region.

PLAAS also announced launching a state of the art DeFi project pFARM, which brings in an efficient governance platform that the various pFARM stakeholders and the PLAAS locked holders can use to vote on the proposals PLAAS platform. pFARM helps in streamlining the farming processes offering a high level of operational efficiency across the channels.

Emmanuel Adams, The New CEO Is An Industry Stalwart

Emmanuel Adams is a highly acclaimed and well-acknowledged name in agritech Blockchain, wherein he has played a pivotal role in consulting and mentoring several startups in the region. His extensive industry experience and

He joined PLAAS farmers’ Chain in November 2018 as the Strategic Advisor and has since then served the company in several roles. Most recently, he held the position of Head of Partnerships and Integrations before rising to the role of CEO. Before joining PLAAS, he has worked with numerous startups and companies in Bitcoin and cryptocurrencies. He is also the founder and president of AfroDex Labs, a leading blockchain company in AFRICA.  Based out in Nigeria, he is an ardent fan of technology, Blockchain, entrepreneurship and writing. Emmanuel Adams has coached several startups and serves as an advisor at the Refine Medium; he has also been part of the Lead Advisory Board for the TITAproject.io.

The New CEO Thanked God For The Opportunity

He took to his LinkedIn account to thank God for giving him the opportunity to serve as the CEO of Africa’s most prominent agriculture technology blockchain firm. Further, he asked his contacts to share the ideas and what they expect from the firm in the future.

The Decentralized Financing platforms help create a more accessible and permissionless system in which every stakeholder can easily interact with the system without the need for any middleman or agencies. PLAAS brings in the DeFi project pFarm, which creates a powerful and power platform for the agri-tech and boosts its significance in the market.

With the incoming CEO having extensive experience in the field and introduction of a new DeFI pFARM platform the company is aiming to diversify and expand its reach in the agritech.

About PLAAS,, A Front Runner In Blockchain in Agritech

PLAAS is Botswana, Africa based startup in the agriculture technology prudently developed the first of its kind blockchain-backed platform which helps the farmers across the continent to manage their farming operations and streamlines its processes efficiently. With its state of the art solution, PLAAS enables the farmers and the various co-operative agencies to easily manage and control their productions and stocks on a new age blockchain system.

Related Article  Tether Tokens (“USD₮”) Will be Launched on Polkadot