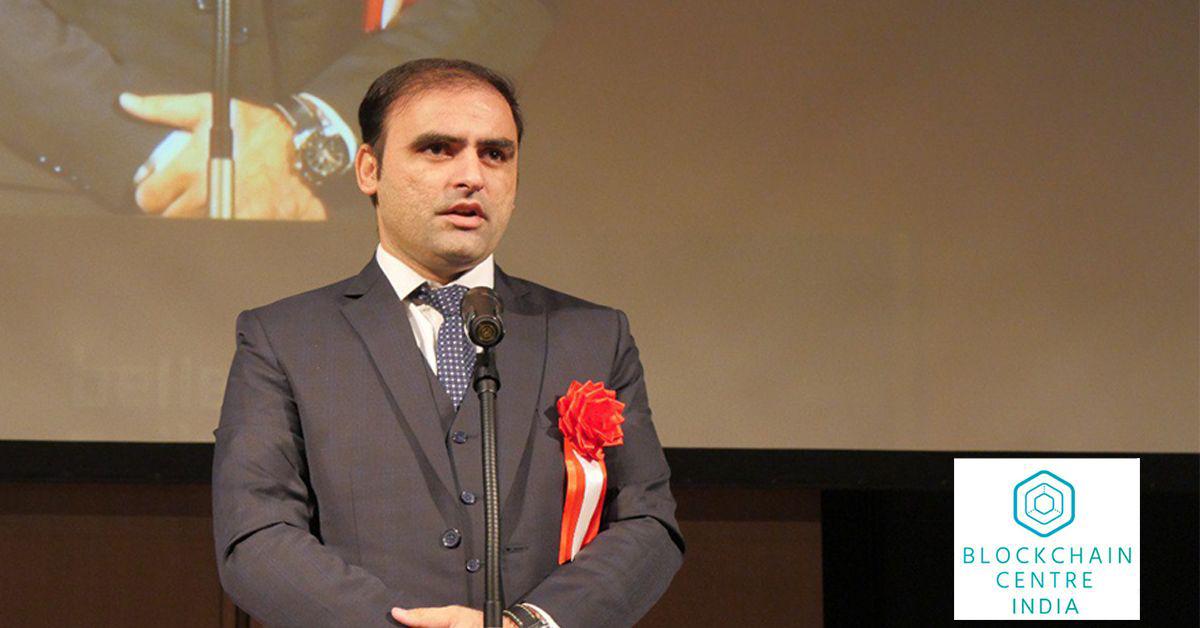 Inside Crypto Today was privileged to have an opportunity to interview Aawesh Dahiya – Serial Entrepreneur and Managing Director of Blockchain Centre India.

With the onset of user-generated dynamic content and second stage development of the Internet, how do you think the world has changed?

The world has changed significantly since the advent of web 2.0 but people have gotten used to the benefits delivered by the associated technologies. They are now demanding a more efficient, fast, and reliable technology to work upon. There are many technologies that are evolving in the market, blockchain being the most robust, highly adaptable, and attractive one.

How has Blockchain influenced the world?

Blockchain came into existence through the development of Bitcoin, the first cryptocurrency in 2008 and now there are a total of 1565 cryptocurrencies available today in the market. In just 8 years the number has reached from 1 to 1565. Take the example of Binance, the world’s largest cryptocurrency exchange. It beats a leading bank that was established 148 years ago in just 8 months in terms of profitability. From its inception to the next three months profits amounted to $7,500,000 USD. Examples like these have attracted investors’ interest in crypto.

Then why are some countries still refraining from using cryptocurrencies?

Since the Inception of Blockchain, there has been a battle going on between “Cryptocurrency” which is the most widely used application of blockchain and the technology underpinning it i.e, Blockchain itself. Many startups are focused on making quick money by using the cryptocurrency use case and not on leveraging the blockchain technology for other use cases. This can also be one of the reasons why some countries are not accepting cryptocurrency.  However, Blockchain is a technology that has the potential to improve the quality of life of common people, as the internet did in the past.

Do you see a third-generation revolution coming and what role do you think Blockchain will play?

Now it’s the time for Web 3.0. Blockchain is not only a decentralized system that eliminates intermediaries to provide an unhackable and more secure system, maintaining everyone’s privacy but it also connects people from different industries and countries on a single platform. They not only verify each other’s transactions but can collaborate, share ideas, and give suggestions too. Just as the internet has made the world more open and connected, we believe blockchain technology will bring greater trust and transparency to the world.

Emerging technologies seem to be your passion. Can you talk a bit about your area of work and ventures?

I am the managing director of “Spiktel Technologies P Ltd” an 8-year-old company that is into telecom services. Being an entrepreneur and a technology lover, I have been amazed at the potential that blockchain has not only in terms of virtual currency but also other applications that come from it. In 2016 I co-founded “JME global” in Dubai. JME was focused on various challenges that arise in different sectors in the area of IT. I have also been a regular speaker in Tech conferences across Dubai, Malaysia, Japan, Korea, etc to promote blockchain technology while working on it and contributing our part to the open-source community.

Where do you see India relative to other countries Pan Asia?

We’ve heard about the innovative Blockchain centers you wish to establish, can you expand on what these centers propose to do?

Blockchain Centre is a state of the art coworking incubator for startups working in blockchain technology. We are a community and knowledge hub for blockchain startups worldwide, with over 35,000 people in our ecosystem. As the world’s largest community of blockchain technology entrepreneurs, experts, mentors, and investors, we can assist you in developing your startup. Blockchain Centre New Delhi will also be conducting Blockchain courses, regular meetups and will engage thought leaders to speak on a regular basis.

If a nation does not embrace technology the way other technologically new-age economies are, what do you think the ill-effects would be?

At last, I want to say every country that has banned blockchain promotion should look into the issue of migration of talent from their country to another country. I am overwhelmed when I see people migrating from their own country to a different country where they can have the opportunity to make their ideas see the light of day. Indian economy had gained a lot with its skills in the Information Technology field and we must maintain this strength with respect to the new technology that will for sure impact the future course of development. It is time to take a balanced approach and not throw the baby out with the bathwater.

We are at the end of the interview, but before parting, do you have any last message to convey?

I am ending by inviting all blockchain enthusiasts to participate in creating more community-based products. That will help with a better quality of life and a more sustainable lifestyle. We’re excited about the future and welcome you to join our Blockchain Centre India.

You can find out more about Aawesh and his accomplishments.

You can Email them if you have any queries.