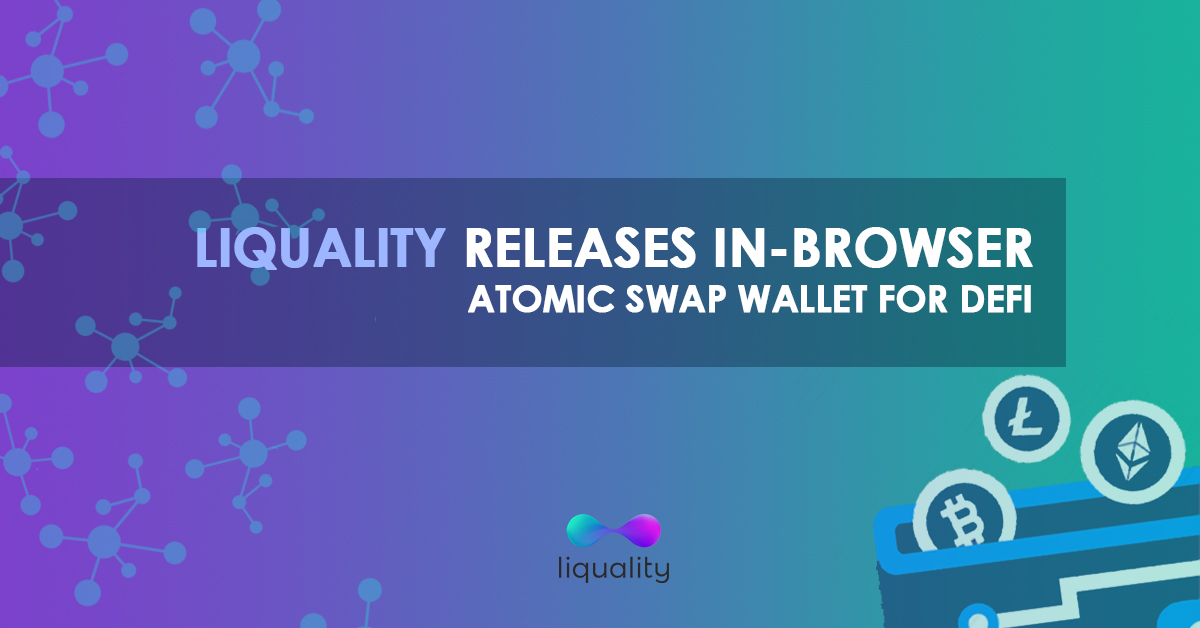 Liquality, a startup backed by ConsenSys, has released a new wallet that enables atomic swap digital currencies from the browser. The Co-Founder of Liquality, Thessa Mehrain, noted that The Atomic Swap Wallet works as a trustless alternative for porting the various digital currencies within the DEFI space attributing to atomic swap’s P2P( Peer to Peer) nature.

The new wallet interfaces with the various cryptocurrencies like MetaMask however, it does that trustlessly.

The Liquality wallet depends on the atomic swaps and HTLC ( hash time-locked contracts), an escrow scheme allowing the two stakeholders to swap their assets without using any third party. The HTLCs act based on the second layer payment scheme of Bitcoin called the Lighting Network.

The Liquality Wallet now on mainnet: holding and swapping across blockchains has never been easier and more secure!

This is the fastest, most secure and private way to go from $Bitcoin <> DeFi.

Get the Chrome extension here:https://t.co/SimtajSMmR

The Atomic Swap Interface helps to atomically swap the blockchains without the need to trust any counterparty. Users can exchange directly across the Metamask or any ledger wallet privately in a cost-effective manner. Currently, atomic swaps for BTC, USD Coin, Tether, Wrapped Bitcoin, and Ether are available on the platform.

The atomic swaps let the bitcoin investors keep the private keys through the exchange process, which can work as the unreliable option to the DeFI investors who want to derive value from various blockchains onto each other. Over 11 Billion dollars USD have been tokenized through Ethereum, which is a massive amount. However, the investors are highly dependent on the private counterparties to generate value to the Ethereum Defi markets from other blockchains.

Currently, the various methods like BitGo wrapped bitcoin used for transferring value from Bitcoin to Ethereum need a third party to do the same; however the P2P swaps do not require any third-party supervision. Liquality also works as a third-party for wallet swaps and offers its advanced users the ability to select counterparties. The Consensys backed startup generates revenue by creating a market for Swaps.

Liquality shall be able to disinvolve itself from the process of the counterparty as it generates sufficient network liquidity within the wallet.

Related Article  Move Aside Play-to-Earn, Sleep-2-Earn is the New Way To Go!