You are here
Home > Cryptocurrency > Looking forward to the bull run with Bitcoin halving and Ethereum 2.0 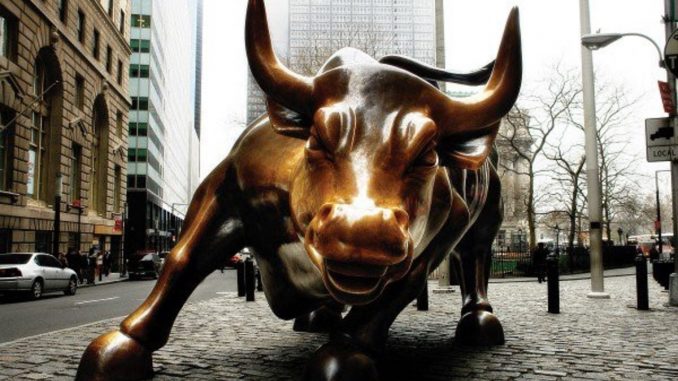 The markets all around are affected badly with the onslaught on COVID-19 leading to poor sentiments and a grim economic outlook. The cryptocurrency industry also faced the wrath and both Ethereum and Bitcoin experienced a crash in its prices on March 12th and 13th. Since then, both Bitcoin and Ethereum have recovered smoothly and witnessed a 140% gain.

There are top predictions and analyses coming along mentioning that more upswing in its activities is bound to come considering that the most important halving event is yet to take place. The two events namely Bitcoin Block reward halving and the launch of Etherum 2.0 will act as the perfect catalyst to the bull run.

Bitcoin in the next few days will experience a cut in its inflation with the halving especially when the number of coins also will be cut by half as per the protocol of halving. The halving event has been hailed as Plan B will ensure that Bitcoin gets a fair value of around $288,000 which is about 3000% higher than the current price.

Ethereum too is not far behind while its developers are planning to launch Ethereum 2.0. This version will certainly be an upgrade that is set to bring in a sort of mini-evolution from mining consensus mechanism to staking. Hoffman spoke in a very recent episode of Bankless that staking will bring a sharp reduction in the amount of ETH on the open market. This will bring up the price as supply will be affected. This thought process was expressed even by Adam Cochran who is the partner at MetaCartel Ventures who agrees that with the Ethereum 2.0 launch, a massive economic upturn is on the cards.

It is an important observation that the entire economic set up is beginning to favor Dapps and with such huge transformations in the current economic and financial setting. Raoul Pal who is a former Goldman Sach hedge fund manager also thinks the same and believes that he sees a great chance of the entire financial architecture crumbling.

This observation came at a time when central banks are seen debasing their currencies at an increasing rate in tandem with the washing away of global debt worth $250 trillion. When deflation is added further it might result in fiat coming under pressure.