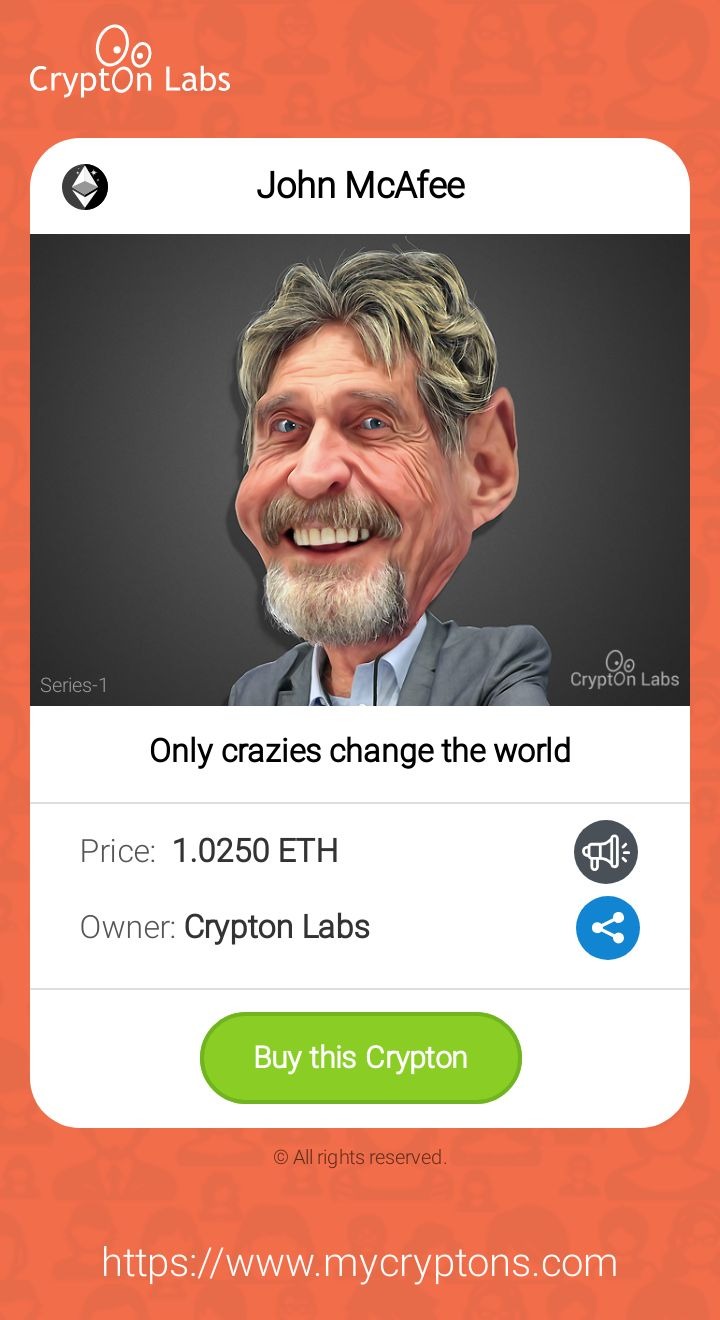 2018 may have been great, okay or not at all great. Whatever the outcome was for the year, it’s a new start. There are 365 new days to start anew and 12 new months which you can consider as chapters in your book titled 2019. Life begins now, forget the past. Learn from your mistakes of 2018 and take your experiences and strengths you learnt to another level.

2019, is the year! Don’t just think of making a resolution and sticking to it for a week, a month or even 3 months. Stick to it for the whole year! You might have heard of this before, it’s not about the destination it’s about the journey, and so life is an adventure.

Recently I read about John McAfee! He is a man, who lives every day, learns every day and works hard at what he does every day. Of course he has his vices, but his vices make him what he is. One lesson to everyone is to be yourself! Everyone’s heard of his brainchild McAfee Antivirus, but his personal story is not what many know about. He is the definition of adventure and success. Knowing his story, you will eventually agree that living your life to the fullest according to your terms, will lead to a life worth living.

John McAfee was born in the United Kingdom and moved to Virginia, USA when he was young. He did not have an easy life, his dad committed suicide when John McAfee was only 15. McAfee is still troubled by the suicide till date. That never stopped him from achieving what he wanted to and what he wants to.

His first job was selling magazines door to door which made him a small fortune. This moved to him working for a company that coded punch card systems, and it is here he picked up an important strength. The strength of absorbing information fast, and using it in the practical world. It was here he used his knowledge he picked up about information technology and computers and simultaneously worked for Silicon Valley companies.

In 1986, the first computer virus hit PCs and this lead to McAfee deciding to start his own company called McAfee Antivirus to fight it back. Remember friends, as an entrepreneur it is important to solve problems. McAfee solved the major virus problem and thus McAfee Antivirus became a household name and turned into a public company. He sold his shares of McAfee in 1994, which gave him about $100 million.

We would all think he would now take a break, relax and enjoy the remaining of his money doing what he loved doing. But no! He created online businesses, which was his passion. Rumours say the 2007 crisis hit him and brought his wealth down to $4 million…. But he still lived his life right after that never crying over spilled milk.

He sold his land, and moved to the exotic Central American nation, Belize! Here he got into the world of antibiotics, following his hearts passion. He along with a microbiologist named Allison Adonizio built a product that used plants to combat illnesses. This company was called Quoromex. You will realize here, that an entrepreneur wants to make a difference in the world and not just survive for his own wellbeing. He was then arrested in Guatemala on the basis of shooting his neighbour Gregory Faull. This lead to a series of heart related issues.

Did he stop here? No! He got arrested again on charges of handgun possession. Crazy you might think…but he kept his head up high worked towards his passion and even tried to form his own political party. He is one person who will never have any regrets. Try to do all you want to do, you got one shot at life. He did not manage to get nominated, and so he got back into the technological field. Currently he is the CEO of MGT Capital Investments.

McAfee lives a life of passion and adventure. He is a very well followed personality on Twitter, and even influences decisions through his tweets. This is a clear example of how an adventurous and risky person, who lived his life, is very influential to the public.

Cryptocurrency which took the world at storm in 2017, had few reasons to the hype. One main reason for John McAfee claiming top spot is a single tweet could make or break a coin in the crypto world. An example is McAfee strongly supporting Verge, a cryptocurrency coin which no one knew about. A single tweet read

I recommended Verge when it was less than a penny – saying it might rise 100% to two pennies. The price  has been wrongly pumped beyond reason by referencing fake Twitter accounts and Instagrams which I have never had and then I am diss’d when I point out the fraud. Please stop.

The above story of John McAfee might surprise you and keep you guessing how it was of any help. The bottom line is live your life to its fullest, take your chances, do what you want, live life as an adventure and let your business skills come into play. Wake that Entrepreneur side of you; you never knew what the next adventure will be like! Let 2019 be the story of your life.

Motiv8 Wishes every reader an exciting 2019 – a year full of adventure!

You can get your very own John McAfee from MyCrypton!