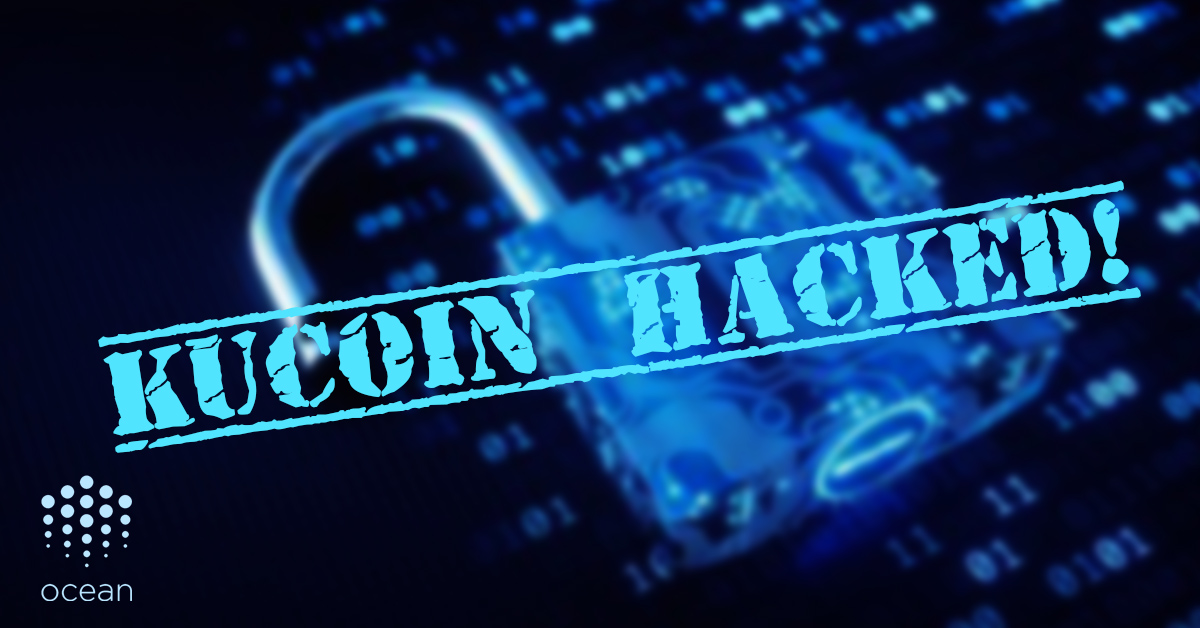 Ocean, the artificial intelligence and data service protocol, announced suspending its contract on the Ethereum blockchain following the KuCoin hack. It migrated to the new token address to stop several attempts by the KuCoin hackers to gain 21 Million Ocean tokens. The Ocean tokens were estimated at 8.6 Million USD in worth. The Ocean Protocol team took to a blog post to announce the same.

The blog post read that Ocean has instantiated a new contract to showcase the balances of Ocean at the block height of 10943665 on the Ethereum mainnet. The company also announced having a new contract which would assign the token balances to the addresses held by Singapore for various people affected by the theft.

As a first action to protect Ocean token holders, we have paused the OCEAN contract. We will update the community with more information in the coming hours.

Thank you for your support.

Last Friday, KuCoin was hacked in a shocking incident in which the hackers were able to access the hot wallet keys of the KuCoin Platform. The Singapore based exchange reported the same through a live stream on Weekend hosted by CEO Johnny Lyu. Lyu informed that the company aims to salvage the losses incurred due to the hack with its insurance reserves.

As the team moved the contract addresses the hackers stash of the Ocean tokens was successfully blacklisted however there were concerns over the immutability of the project.

Larry Cermak, the Block head of research informed that before Ocean hard forked the contract, the hacker tried to offload around 330000 Ocean tokens which were around 120000 USD in valuation. Currently, the Ocean Protocol enjoys a high liquidity supply of 587,622,921 OCEAN tokens along with the threshold supply of 1-4 Billion OCEAN.

OCEAN valuation fell up to 8 per cent due to the hackers selling the stolen tokens for tranches of ten thousand coins. The hacker also ported to COMP, LINK and SNX when the contract was terminated. Later the hacker exchanged the ERC-20 tokens for the ETH tokens through Uniswap which is a decentralized exchange platform.