You are here
Home > Cryptocurrency > Ripple Shifts 191.1 Mln XRP, Sending 50 Percent Of It To Its OTC Distribution Wallet 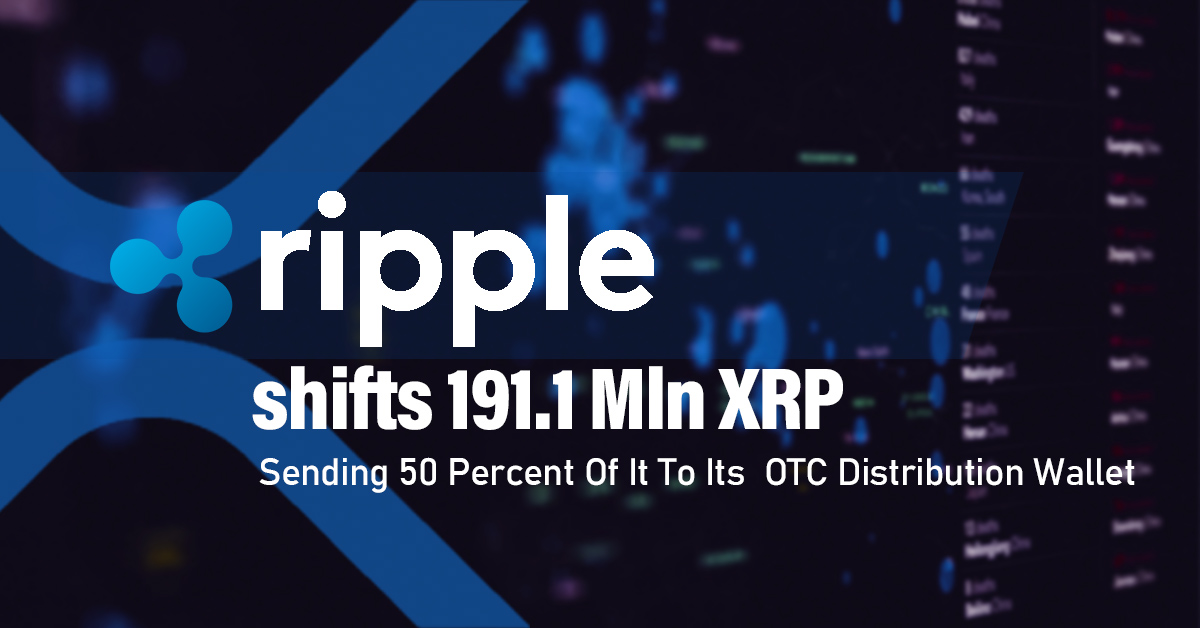 The crypto tracking services Whale Alert and XRPL Monitor published data that shows that in the last twenty hours, the DLT Ripple has shifted close to 191.1 mln XRP. This is almost fifty percent of it going to its Over the counter distribution wallet.

Several tweets from XRPL Monitor talked about Ripple decacorn garnering a whopping 191.1 mln XRP across its wallets, which is more than 46,187,036 USD in the traditional numbers. As per the news, Ripple did the same in four transactions, out  of which three were made consecutively to transfer 74 Mln XRP in two wires and followed by 16.5 mln and 25.4 mln. As per the reports, the transfers were carried out to the OTC Distribution wallet of the company.

XRPL Monitor tracker has spotted several large XRP lumps sent over the past twenty-four hours, with Ripple and Binance involved in those transactions.
Whale Alert has specified that one of those XRP lumps was moved by Ripple to its OTC distribution wallet.https://t.co/MIItHNEDyz

A Move Towards Maintaining Liquidity

Ripple managed this gargantuan transaction in four rounds in which it used its OTC wallets. The topnotch blockchain company uses the wallet to maintain its liquidity by cashing out its XRPs. It holds the stakes high by obtaining the fiat cash to cover its various processes and operational costs. The company has ownership of more than 50 percent of its XRP supply; the opponents often criticize Ripple for the same.

Earlier this week, the company wired 25 Mln XRP to the OTC distribution wallet,the transaction was part of 74.6 Mln XRP transfers.

RippleNet A State Of The Art Platform

Ripple is a global leader in payment solutions, and its RippleNet solutions enable the customers to utilize their XRP for sourcing liquidity in the various cross-border transactions. It allows for instant settlement and low exchange fees to manage working capital better.