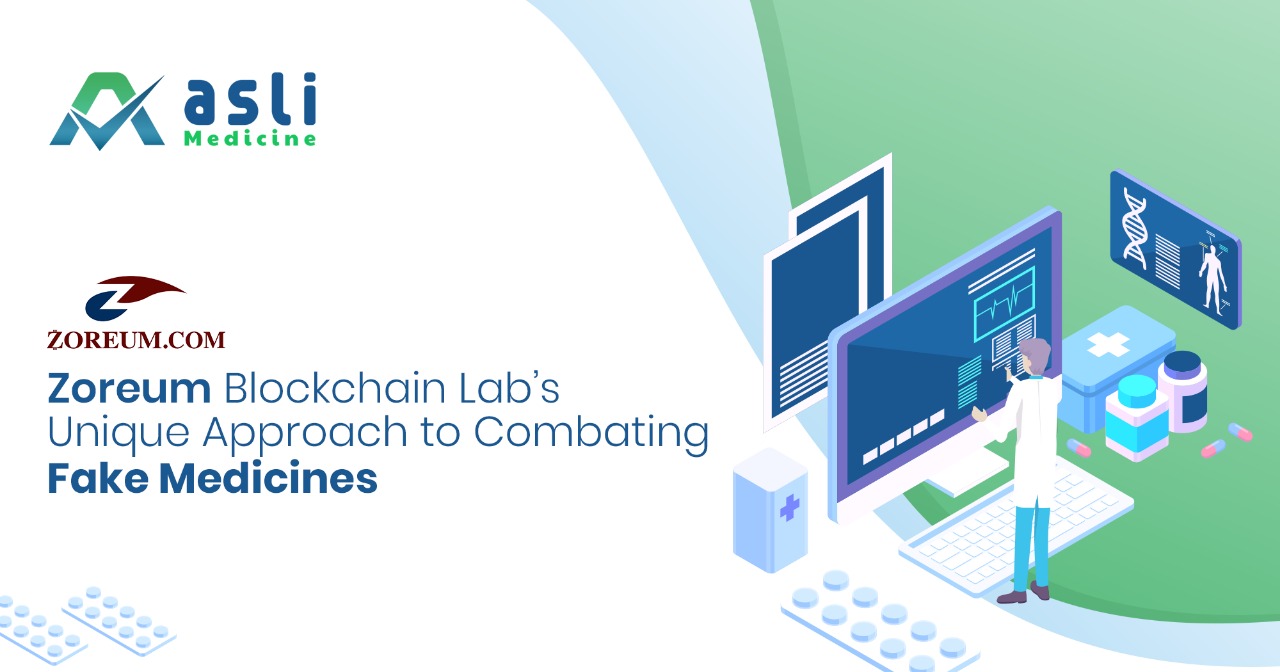 The co-founder and Chief Operating Officer of Zoreum Labs, RamKrishna is an innovative entrepreneur taking the approach of Blockchain to a whole other level and ensuring that a growing issue of fake medicines is countered. In other words, he is utilising modern technology in solving a social problem that is growing in Africa and Asia.

Counterfeit medicines are seen to be increasing day by day in a manner which is unimaginable. With real and fake medicines challenging to differentiate. In an article released in November 2017, the World Health Organization (WHO) estimated 1 in 10 medical products circulating in low and middle-income countries were fake.

That’s pretty scary, given the scenario that in the midst of becoming sick, the medicines may not heal you but affect you further instead.

Zoreum Lab’s Aslimedicine is giving confidence back to people who rely solely on medicine to fight deadly sicknesses such as dengue.

AsliMedicine is a decentralised application also known as a dApp which utilises Blockchain to trace medicines along the supply chain to ensure it’s genuine. It is solving the heightened problem of fake medicines which has emerged as a deathly problem especially amongst people who are not aware of this rising issue.

The dApp called AsliMedicine will allow buyers of medicines, to scan the label on the drug’s packing to reveal information about the medication. If the drug is fake, no details will be flashed on the dApp as it blocks dubious entities to be part of the decentralised application platform. As for medicines which are original, details of the medicine will be revealed.

What about IBM’s Combating of Fake Medicines Through Blockchain?

Fake Medicines are seen to be such a menacing problem that Zoreum Lab’s is not the only startup looking at using Blockchain to solving it. IBM a known giant in the digital world is working on a similar Blockchain solution to address Africa’s counterfeit medicine problem.

Like Blockchain, Ramkrishan too believes in decentralisation and mentioned that competition is healthy and welcome.

Ramakrishna further stated, “Fake medicines are, and so IBM entering the field is only appreciated, but Zoreum is willing to bell the cat first! Zoreum’s technical architecture is far more superior and dynamic compared to the rest of the Blockchain solutions.”

He was quick to point out about the potential of joining this field being large but repeated the statement “Early mover advantage with a focused approach will lead to Zoreum being a leader in the pharmaceuticals sector in the days to come.

Blockchain is growing to be a problem solver, and so the level field of competition is bound to rise. However, since it is decentralised, the competition is much different than the centralised startups in the world today.

Companies like IBM and Zoreum will be able to solve fake medicines in the world by letting the world decide which company has the better technology and expertise.

AsliMedicine Nominated as ‘The Most Innovative Blockchain Project”

At the time of writing, AsliMedicine was nominated as the most innovative Blockchain project. You can vote for AsliMedicine’s dApp which will help combat the fake medicine industry around the world.

Check out the interactive video below which simplifies how AsliMedicine works-